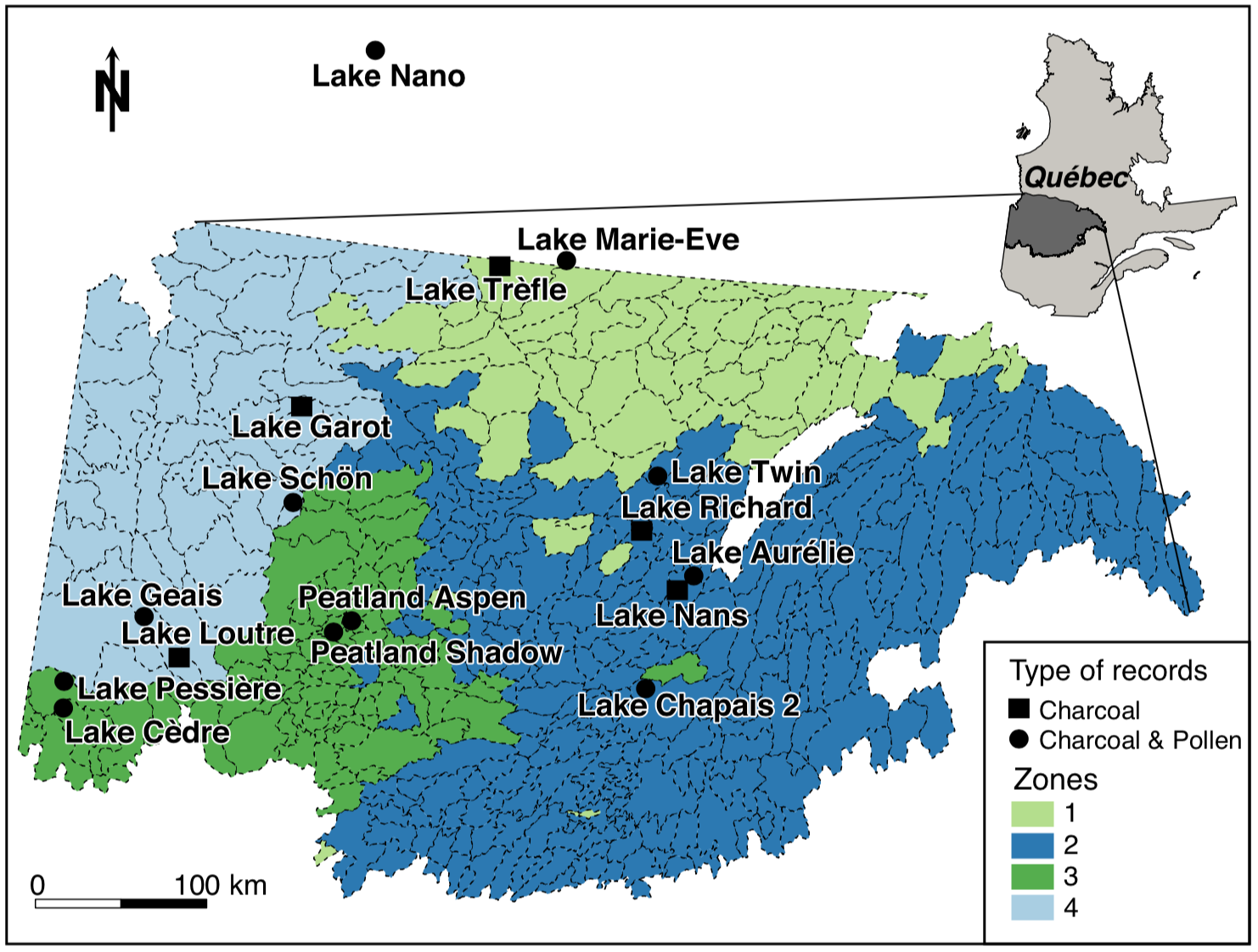 I am very pleased to shared the first paper of Andy Hennebelle PhD dealing with management and paleoecology in the spruce forest of Québec:

Ecosystem based management in Québec is framed by reference conditions defining percentage of old-growth forest (> 100-years-old) and forest composition characterizing pre-industrial forest landscapes. In the western spruce-moss bioclimatic subdomain (154 184 km2) a fire cycle estimated at 150 years was used to target that 49% of the landscape has to be composed of old-growth forest. Yet, this target was developed using past (19th–20th C.) climate and vegetation data and assume that environment and ecosystem processes are homo- geneous for the entire western spruce-moss bioclimatic subdomain. The wide spatial and narrow temporal windows limit the application of reference conditions under ongoing climate change.

Our aim was to classify current vegetation heterogeneity of the western spruce-moss subdomain into homogeneous zones and to study the long-term history of fire and vegetation within these zones. This approach will help to refine forest management targets that are based upon short-term records by providing a long-term perspective that is needed for the forests to be managed within their natural range of variability. Modern forest inventories data were used along with climate, physical variables, and natural and human disturbances to study the current vegetation-environment interactions among the western spruce-moss subdomain. We also used 18 published sedimentary pollen and charcoal series to reconstruct Holocene vegetation and Fire Return Intervals (FRI).